Tremendous raid on London last night. This is obviously the most violent raid ever launched. It has been increasingly the policy of the Government lately to minimise or falsify raid casualties, which are almost always described as “some”, “slight”, “including a few persons killed” or some such vague term. Thanks to the general narrow mindedness of the English, these unsatisfactory statements cause little interest or comment.

The raid on London on 16 April 1941 was one of the heaviest of the London Blitz when a 685 bomber raid caused more than 2,000 fires and killed over 1,000 people. The raid also damaged or destroyed historic churches and buildings.

This evening, about 6 o’clock, I was cycling down High Street when there passed me, going east at a swift pace, an army car carrying a general’s flag, another army car, a dark coloured Rolls Royce, and lastly two military police on motorcycles. I afterwards learnt that this was the Duke of Gloucester, who is inspecting army units in the district tomorrow. Such is a modern, war-time royal procession.

That is the raid that killed Al Bowlly, ( an eight foot ,two & a half ton parachuted land mine.) My favourite singer, killed aged 42.

On the web: "memory lane" has great walks on the nearest weekend to this date-annualy- to mark this raid and his killing (see "events" on their home page.

Many thanks for your comments - it is sad to hear of the tragic loss of life in this air raid and makes it even more poignant when people recall their own family's connections to these events. Thank you for sharing this information, CP

My great aunt,her husband & 18 year old daughter were killed outright by a parachuted land mine on Bromley in 1941

Dear Kieron,
Many thanks for taking the time to write and tell us of your own family association with this air raid on Bromley. It is so sad to hear of the tragic loss of life and your story brings home the reality and personal cost of the war. Thank you for sharing this information. CP

We've recently been clearing out our cupboard under the stairs and we found written on the underside of the staircase several dates from which we have found out are all air raids. Most notably, two dates reading "Wed 16 April 9.50 - Dawn" and "Sat 19 April 9.10 - Dawn". With a comment next to them reading "Fiercest raid of war". It's amazing that we've literally been living on top of this piece of history for nearly 20 years and have only just found it!

My Aunt, three of her children, and Son-in-Law were killed when a Land Mine fell on Thurrold Square in Bethnal Green East London. There were two surviving sons, one was a baker, working nights, the other was serving in an Army Commando unit.
Ed Tilbury, Buckhurst Hill, Essex

My Aunt, three of her children, and Son-in-Law were killed when a Land Mine fell on Thurrold Square in Bethnal Green East London. There were two surviving sons, one was a baker, working nights, the other was serving in an Army Commando unit. 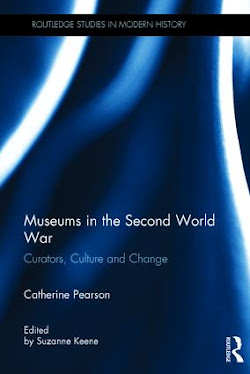 Available in hardback, paperback and e-book 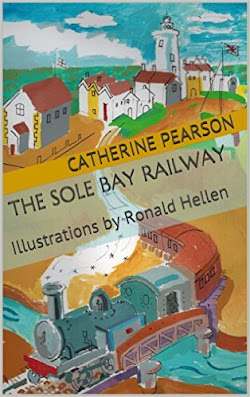 Available now in paperback and e-book